The NPPG wishes to assist and support the set up and activities of Affiliated Groups (both National topic specific groups and Regional groups). The purpose of these groups is to help facilitate appropriate and efficient use of medicines and pharmaceutical care in the neonatal and paediatric population.

Affiliated Groups must have a nominated chair (and in the case of regional groups there must also be a link person from the NPPG committee), Terms of Reference (in line with the aims of the NPPG) should be maintained as should be a listed membership. There should also be a list of non-NPPG member who belong to affiliated groups, though any non-NPPG members should be encouraged to join NPPG..

Advice and endorsement may be requested from the NPPG committee to support affiliated groups for meetings, projects or study days (all referred to from this point on as “activities”).

The Scottish Neonatal And Paediatric Pharmacists group (SNAPP) was formed in February 1994 by the Chief Pharmacist for Scotland Bill Scott. Following a Scottish Office Home and Health Department letter on the Safe Use and Control of Medicines in Paediatrics he felt that this group would have a role to play in ensuring policies and procedures were in place in all hospitals to ensure the safe use of medicines in this particular patient group.

The aim of the group is  ‘ To improve the quality of Pharmaceutical care for neonatal and paediatric patients through communication, education, practice, research and audit’

The group has run a national pre-registration pharmacist study for paediatrics each year since 1999, recently in collaboration with NHS Education for Scotland. Working with NES they have also produced the distance learning pack below, which has been circulated worldwide.

In 2002 the group worked with National Procurement in Scotland to create a standard neonatal parenteral nutrition solution which was made available on a national purchasing contract. This bag has subsequently developed in line with emerging evidence on the subject.

The ongoing work of the group falls into three broad categories:

The group meets four times a year and recently held its 105th meeting.

Welcome to the Scandinavian Pediatric Pharmacist Group (SPPG). We are a non-profit organization for those who are interested in pediatric pharmacy (pharmaceutical knowledge on rational use of medicines in children), whether it is part of your job or you just think it’s an interesting area. SPPG was formed in spring 2001 with the aim to improve the pharmaceutical care of children, including by increasing awareness of pediatric pharmacy with pharmacists and other health professionals. In connection with the annual meeting is held every year a pediatric pharmacy conference. Membership is open to anyone with an interest in pediatric pharmacy and is active in the Nordic countries / Scandinavia. Members get access to our news and discussion forums. SPPG is an affiliated group of NPPG

The NPPG wishes to support the set up and activities of Regional NPPG Groups on behalf of its members. The purpose of these groups is, through mutual education and support, to help facilitate appropriate and efficient use of medicines and pharmaceutical care in neonatal and paediatric patients within a given region of the UK.

In order to be recognised as a Regional Group they must have a nominated chair, Terms of Reference (in line with the aims of the NPPG) and a listed membership comprising a minimum of ten members who must all be members of NPPG itself.

Financial or secretarial support may be requested from the NPPG to support Regional Groups for meetings, projects or study days (all referred to from this point on as “activities”).

Note: these videos are intended as a brief overview / introductions to specialist area and not definitive guides. Access is limited to NPPG members only

Distance learning (in association with NES) 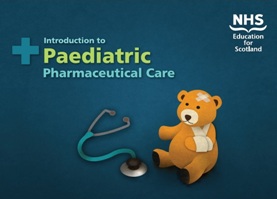